Having another 15khz is nice

Geneva. World Radiocommunication Conference 2015 (WRC15). 12 November 2015. – A compromise proposal for a global secondary 60 meter VFO band for Amateur Radio seems to be gaining favor among many delegates to the conference. The proposal includes a 15 kHz VFO band at 5351.5 to 5366.5 kHz.

This smaller VFO band is scaled back considerably from the 5250 kHz to 5450 kHz original proposals, which many governments strongly opposed. The compromise proposal is now in the Conference Working Group 4B. A part of the compromise is that 15 Watts would be the maximum radiated power for this worldwide allocation.

This proposed new worldwide VFO band allocation would not prevent or supersede other channelized or VFO bands that are already existing for the use of hams within separate countries.

Some countries already have domestic assignments of channels, mini-bands, or band segments that are compatible or overlap with the proposed5351.5 to 5366.5 kHz VFO band. For example, USA, Canada have a channel at 5357.0 kHz USB, which has seen ALE activity with the HFN ALE net in Emcomm exercises. Australia has a WICEN Emcomm channel at 5355.0 kHz. The UK has a mini-band segment at 5354.0 to 5358.0 kHz. Several European, African, and Asian countries have a VFO band in the general 5250.0 to 5450.0 kHz range.

Next week, this 5 MHz issue comes up again at the WRC conference, and the 15 kHz wide VFO band has some chance of being approved. If so, this would be the first new worldwide amateur allocation since 1979, when the “WARC Bands” 30 meters, 17 meters, and 12 meters, were added to the Amateur Service.

Richard Cuff and John Figliozzi have just announced the dates for the 2016 Winter SWL Fest–it will be held on February 19th and 20th, 2016.

What’s the SWL Fest about? Check out my summary of the 2015 Winter SWL Fest.

The North America Talkgroup is again going through a discussion

The North American Calling “Rule” is not a hard and fast rule.  It is a common sense understanding of your impact while communicating.  Be reasonable.   In DMR, we are only asking that you use the minimum amount of spectrum, i.e. pick the appropriate Talk Group that minimizes the # of repeaters needed for the QSO.

The North American “rule” is a BEST PRACTICE.  That document is posted on the front page (Home page) of http://DMR-MARC.net  at the top right corner under “Member Toolbox”.

Basically my viewpoint is that if you look to DMR to ragchew with DX stations then use D-Star and choose the general use reflector. DMR is a great mode but the North America talkgroup keys up over 300 repeaters at once so your rag chew can be heard everywhere and you will be asked to keep it short. The purpose of the NA talkgroup is really more of a calling channel and then move to a local talk group. However, If I leave the NA then the K6xxx station cannot talk to me on any other talk group unless both repeater access points support the talkgroup. A great example is that the Canadian repeaters do not have access to 1776 and the US repeaters don’t have access to Canada wide.

What is meant by Best Operating Practices? CAL DMR’s Definition

LSRA is pleased to announce (after some delays we had no control over),

The 6M is cross linked to VHF 146.850 in the short term.  We have not yet decided on long term connectivity options, but we welcome your input.

Please experiment and we look forward to hearing your reports and comments. 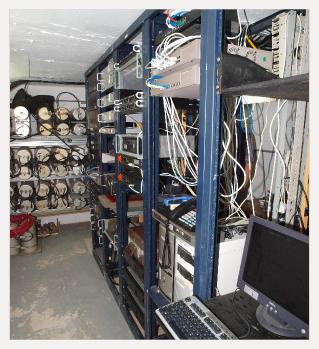 Check out the York Region Amateur Radio Club 6 metre repeater is operational as of June 17, 2015 on 53.49 MHz negative offset with no CTCSS tone required. It is linked to the other repeaters for extended york region coverage and even outside of the GTA

This is how one does it right. Thanks to Howard G6VLB 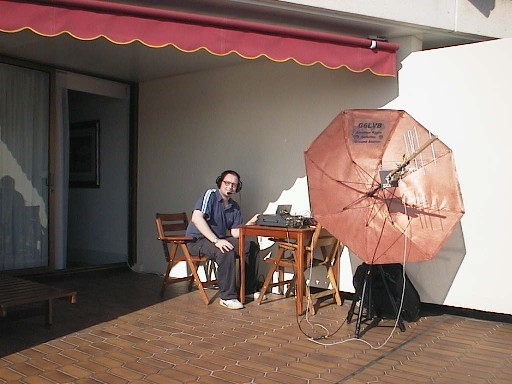 If your climbing expert Tommy Caldwell, you communicate with the boys below using simplex

I love this radio stuff and working Dxpeditions

A week later i got my QSL card and its a real nice one. A bi-fold in full colour .This is awesome!

Now if South Cook islands can go Clublog as well that would be cool! 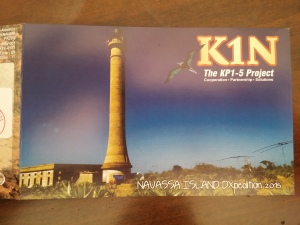 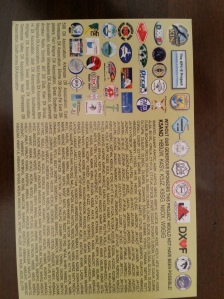 As per some conversation at the last ham radio echelon round table my Marconi Variant came up.

After, the Napkin sketch and another round of Grappa for my friends the concept became that much clearer

The Marconi antenna is just a 1/4 wave antenna. My variant is that its an end fed antenna with a vertical radiator component to get it up to about 10′-15′ and then have the horizontal element.

It does mimic the traditional Marconi antenna but I wanted something that did not need radials and could be a 80m and 40m player, hence the end fed

The 29′ radiator length seems to work well on 40m and if you extend the antenna as a sloper then it seems a better performer on 20m and up where you do want a lower radiation angle. Best is a vertical with the antenna wrapped loosely around a 32′ fiberglass telescoping mast

Back to the field for more antenna work.

When I dug behind the radio shack to refit some grounding I saw the culprit. The TVI filter. It did a fantastic job of reducing my 50MHz signal to my antenna. I took it out and now 6 meters is alive again in my shack. 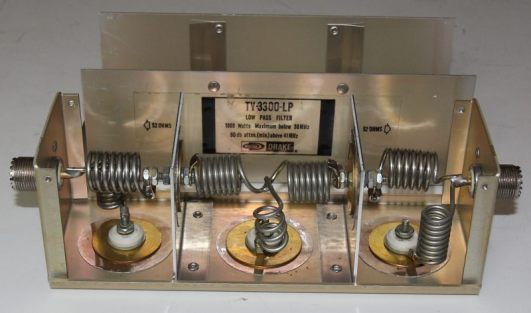