The Comet HFJ-350M, Portable 9-Band (6M-80M) or FHJ-350M Toy-Box, Portable 10-Band (6M-160M), 1/4 wave base loading telescopic antenna for HF through 6M. Frequency can be changed by means of shorting plug. This antennas requires a counterpoise and antenna tuner

This antennas requires a counterpoise and antenna tuner

Compact (less than 15in) portable antenna for your SOTA, POTA or other operation where a small high performance antenna is required.

The HFJ-350M is designed to be used with a counterpoise in order to work properly. 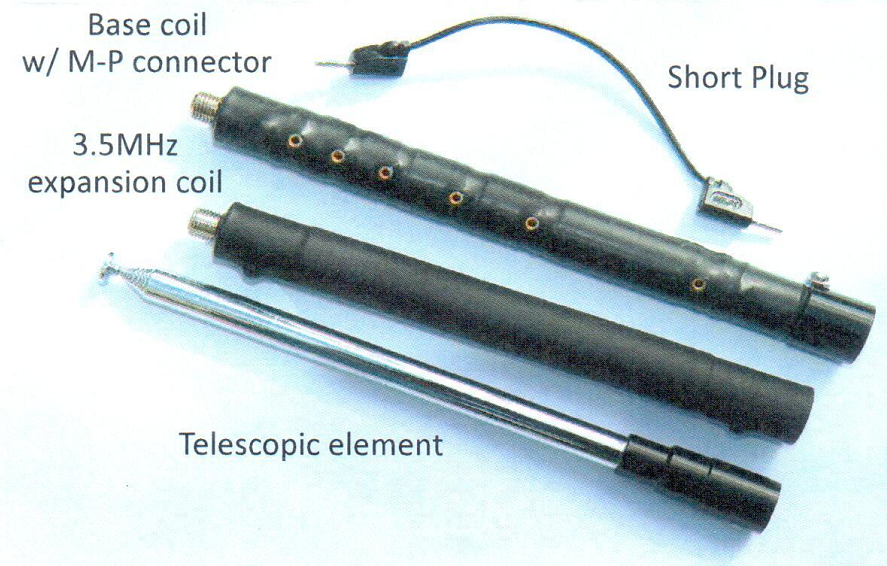 This antennas requires a counterpoise and antenna tuner

Purchased for ic-705
We have marked the string to determine the length of the antenna so that it can be immediately fitted to the band you want to use.
Therefore, QRV became possible immediately.
I think the reception performance is good.
Also, when I attached a combination of several 10m cables to the base of the comet, there was no problem up to 3.5MHz and the SWR dropped to other than 1.1 even with a rig.
I unfolded the cable at the front door and called it with QRP2.5w, but it was said to be QRZ several times and did not reach communication.
At the front door, I was surrounded by houses, so the conditions were not good.
If you have an application for FT8, I would like to try that as well.
Before that, play with SSB and CW.