It was in time for the E-spo season! Factory shipment of ICOM’s HF-430MHz band all-mode portable device “IC-705” began on June 19, 2020 (Friday). It is expected to arrive at some wireless shops as early as Saturday 20th. hamlife.jp dispatched an interview staff to the Wakayama Icom Arita Plant, which is the production base of IC-705, and succeeded in taking a photo when loading the truck. With the start of shipment of the IC-705, the latest firmware (Version 1.08), programming software (CS-705), and USB driver of the same model were released respectively, and RS-MS3A, an application for setting terminal mode/access point mode, A new version of the Android-only app RS-MS1A compatible with IC-705 has also been released.

Click here for the article posted on June 20, the fastest open report ↓
<Wait for half a year!! Finally came to my house> ICOM “IC-705” open report 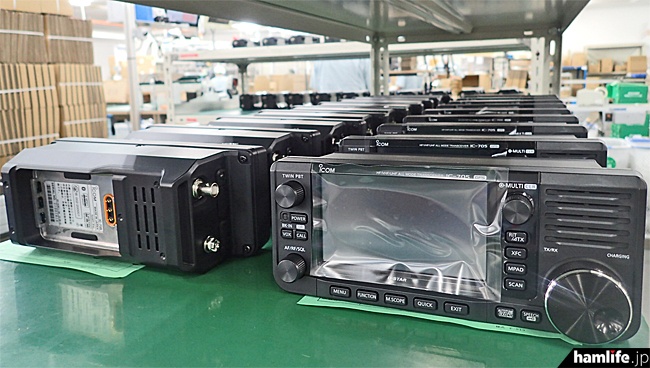 IC-705 (at Wakayama Icom Arita Plant) in a state of waiting for packaging after manufacturing and aging.

Icom’s IC-705, which covers the HF to 430 MHz band in all modes including DV (D-STAR’s digital voice), was released for the first time in 38 years at the company’s Ham Fair 2019 venue as a portable machine for the first time in 38 years. became. After that, development and manufacturing proceeded, and Wakayama Icom Arita Plant (Aritagawa Town, Arita District, Wakayama Prefecture) Has started shipping products to retailers nationwide.

After 1:00 pm on that day, IC-705 cardboards on pallets were loaded one after another onto the trucks of the shipping company that was laid next to the factory. One cardboard box contained four IC-705 packages and four boxes of “original tile crackers” that would be gifted to all the reservations made up to this point. 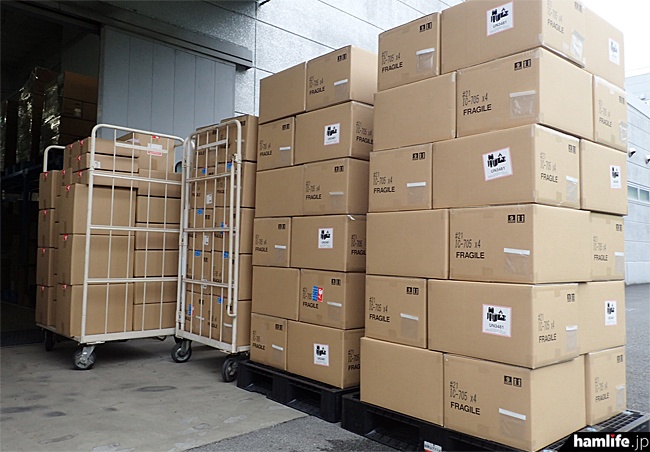 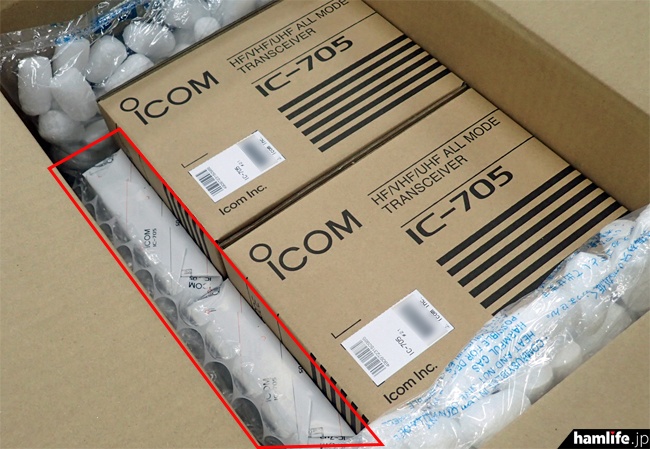 One IC cardboard contains four IC-705s and four “roof rice crackers” that will be presented to the subscriber (wrapping paper in the red box). 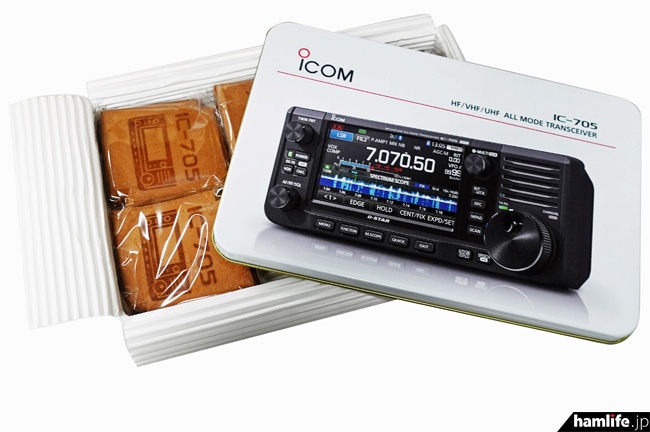 The “IC-705 original canned rice cracker (rice cracker)” will be presented to everyone who reserves the IC-705 so far. 18 pieces (3 sheets x 6 bags) of 7 cm square tile rice crackers with the IC-705 model name and the front panel branded in an original metal can printed with a beautiful color photograph of IC-705. There is. It was said to have been manufactured by a tile cracker manufacturer in the middle of June (Photo provided by Icom

Next, the optional multi-bag “LC-192” and the cardboard box containing the original LED lantern of the purchaser privilege (first 1,000 people) were loaded in the same way. 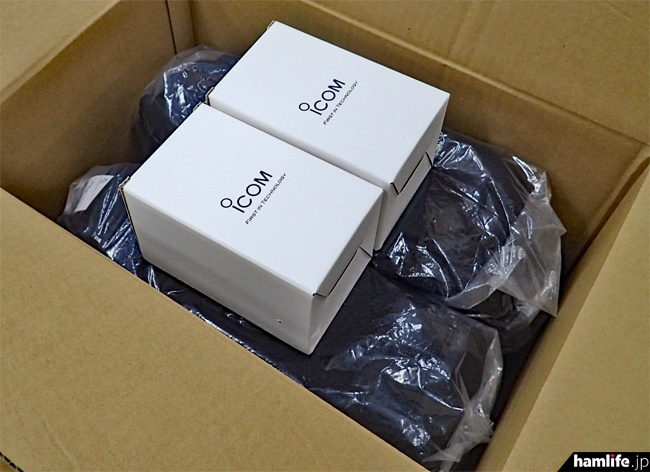 The optional multi-bag “LC-192” and the original LED lantern presented to the first 1,000 people were also loaded. 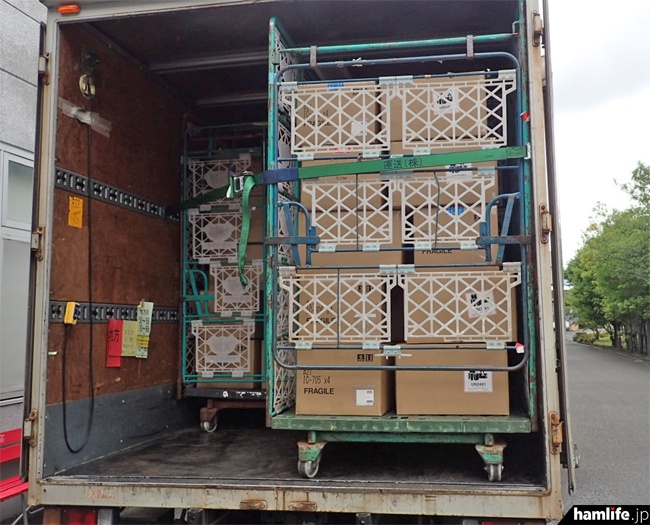 Completed loading on the truck of the shipping company. If it’s a relatively close wireless shop, it’s expected to arrive tomorrow 20th.

It is expected that these will arrive at some wireless shops tomorrow at the earliest and will be handed over to the subscribers in sequence.

The production of the IC-705 was never “100% smooth” due to unexpected production interruptions due to the influence of the new coronavirus, but somehow “the time for the E-spo season was met” Officials seem to be at ease.

In addition, on June 19, Icom released the latest firmware (Version 1.08) of the same model, the CS-705 programming software, and the USB driver with the shipment of the IC-705. Also, a new version of RS-MS3A for using terminal mode and access point mode and RS-MS1A for android only application corresponding to IC-705 has been released.